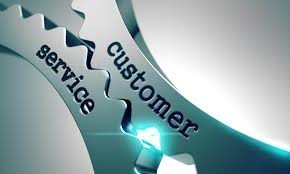 I know the “good old days” usually only seem as they were with the benefit of hindsight and blurred memory, but I think that we, as a society, have lost sight of the concept of Customer Service.

I’ve tried to remain un-biased when I mentally review the litany of atrocious “customer service” interactions that I seem to have on a regular basis. 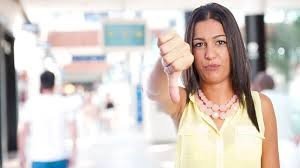 Am I too picky? No, I’m definitely not, and I say that with conviction because it’s my nature to be forgiving. I’m just sick of it and, if we don’t speak up, it’s only going to get worse. Do the front-line people actually understand that their jobs are in peril due to the advances in automation and robotic technology?

You’d think that, if they did, they would go out of their way to provide a smile and some helpful interaction so that, when we faced with the choice of a real person or a self-serve checkout, we’d choose the former every time. And, at the same time, send a message to the retailers – We want real people and real interactions.

But I have to admit, I now go (albeit begrudgingly) to the self-serve counter because, at least at my local big-name grocery store, I don’t want to interact with the long faces on the checkouts. Yes, there are some notable exceptions and, when I come across them, I’m very effusive in my feedback because I actually love people. But some people make it very hard to like them, let alone love them.

Travelling from Canberra to Sydney last week, I pulled into a very well-known fuel service centre. The sign said Diesel 148.9 so I pulled up to the only bowser available and, upon noticing that one nozzle was high-flow and wouldn’t fit in my vehicle, I used the smaller diesel nozzle. Upon filling I saw that I was being charged 156.9 so I thought “it’s an obvious mistake and they’ll sort it out inside.” How wrong I was. 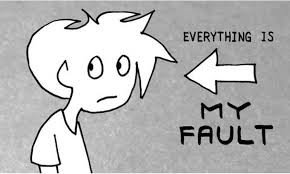 I queried the price difference and the console operator said “well you fuelled up at Bowser 19, that’s why.”

Naturally I asked why the large illuminated sign didn’t say there were various prices depending upon which bowser you used.

She relied “Well all the others are 148.9 and you chose the wrong one.” Looks like it’s going to be my fault.

I said that I chose the only one that was available, and she said “Don’t go off at me. It’s your fault.” I thought so.

I said that I wasn’t going off and that I wasn’t even raising my voice. I said that I was querying why it wasn’t made clear. I also said that I recognise that it wasn’t her call and she merely worked for the operator. She shrugged and repeated “Don’t go off at me” as though that’s some kind of get-out-of-gaol free card. I asked for my receipt and left and will never go back.

I’m tempted to name the outlet, but this isn’t about naming and shaming. I’m just left wondering where the customer service training has gone. Or if it even exists in most companies. If she was my employee, I would have empowered her to change the docket, put a note in her daily report to say why and I wouldn’t be writing this. They lose a customer for a few lousy dollars.

I’d rather be writing a glowing report on great Customer Service – which I will next time. And you might be surprised which company it is. It’s a biggie and they obviously empower their team – and it’s all done online and over the phone, yet it still feels personal – that’s my kind of business 😊

Have an awesome day and, if you’d like to discuss Staff Engagement, Customer Service or any other of the myriad things that distinguish so-so businesses from their High Performance counterparts, please contact me at www.futurefocusadvisory.com and I’d be happy to give you an hour or so of my time with absolutely no obligation.